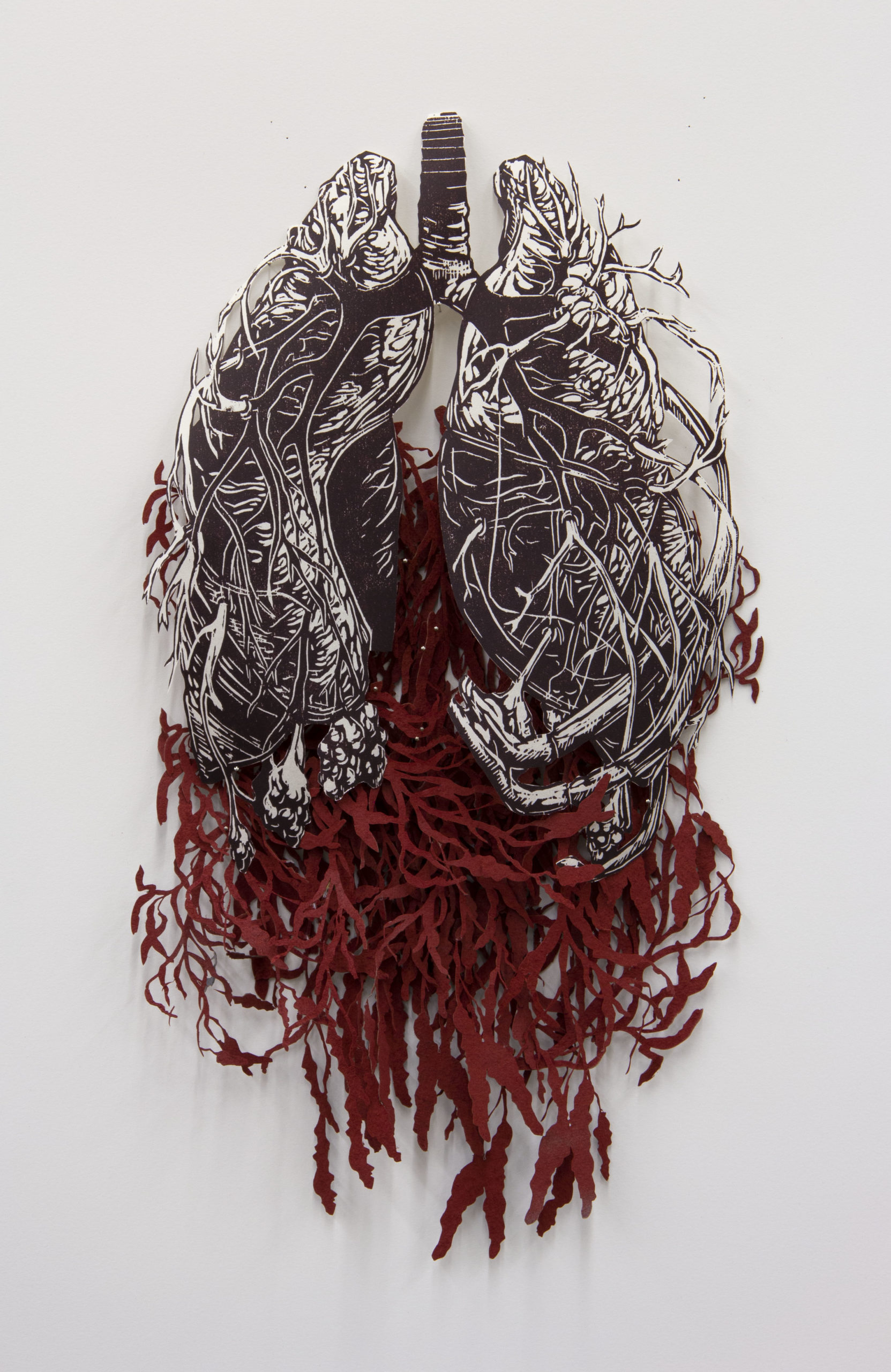 File Preparation: File was prepared by creating black ink drawings, scanned at 300 ppi. Images were then opened in Photoshop, increasing contrast in levels, selecting dark areas, and exporting the selected outlines to illustrator.

In illustrator, I chose an RGB workspace, and worked with 1 pt thick black lines to clean up the image. This was done by selecting my outlines, moving them out of the workspace, selecting and deleting rogue anchors/noise, and then repositioning my outlines. I then sized lines to .003 mm (or .009 pts), and changed their colour to RGB red.

Key settings: The standard power setting for cutting wood was too low; however, we chose to run the laser over the same path 4 times rather than increasing power to reduce fire risk. 4 passes seemed to be enough in most cases, 3 was not enough