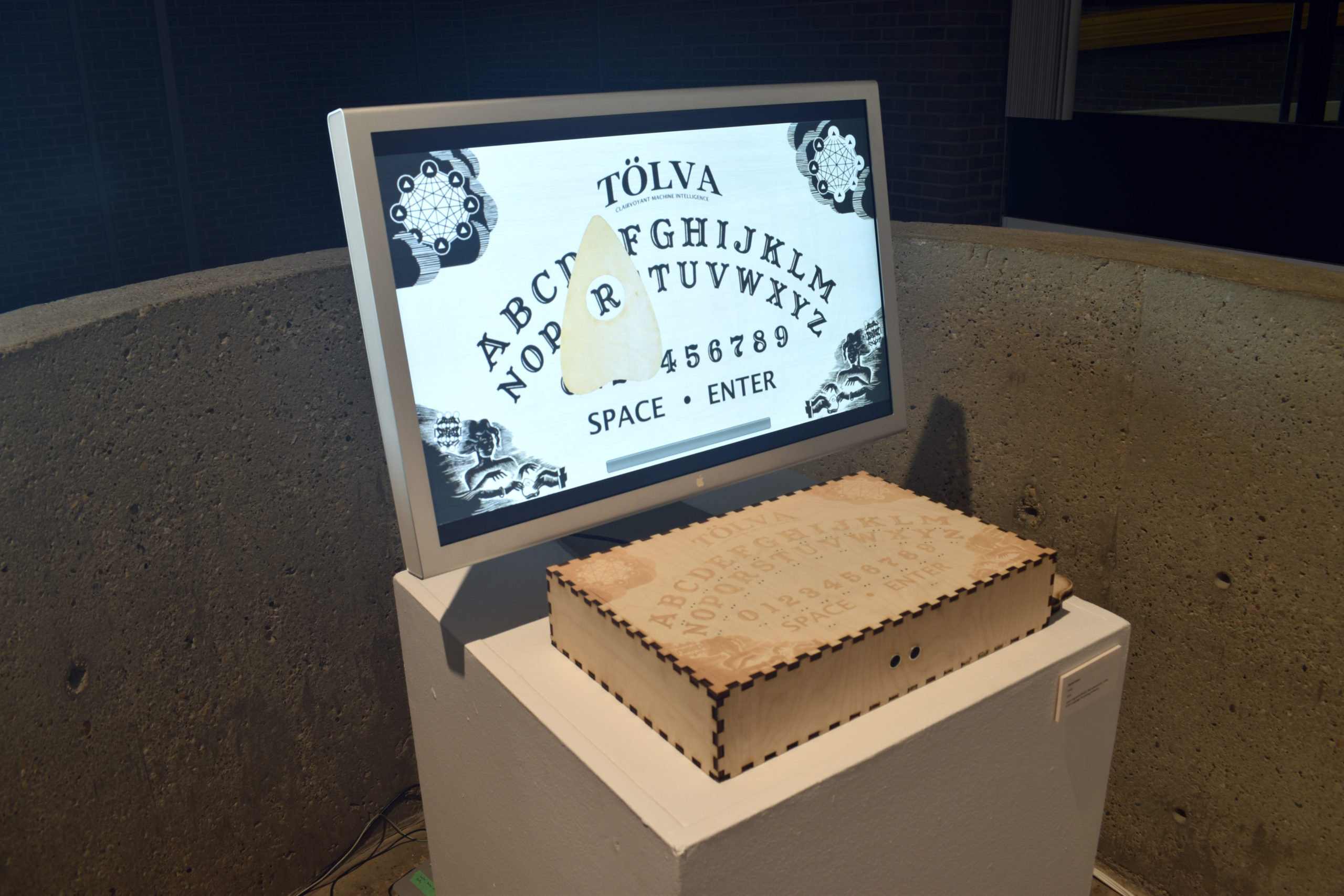 AI powered Ouija board in the form of a 6-sided puzzle-piece box with Ouija board engraved into the top. The box had cutouts for sensors and controls, and contained an arduino and various other microelectronics.

The laser cutter was the ideal tool to realize the puzzle-piece box, due to its precision, minimum waste (allowing cutting layouts to be more efficient), and rapid turnaround time. The use of laser engraving in this instance was primarily out of convenience, since I was using the machine anyways, but also for durability, since a printed-on image might have been worn away through use. Screenprinting would have produced a more visually striking result, but been vulnerable to wearing away with use. Inlaying with an alternate material would have been the ideal combination of visual appeal and durability, and would also have been easily facilitated with the laser cutter.

FILE PREPARATION: Image was created in Photoshop, saved at approx 11” x 17” at 600 dpi. Cut lines were created in illustrator and saved as a pdf. Cutting and engraving were kept as separate files to maximize control of the process

NOTES: Adding 6mm (0.24”) z-offset would have increased the colour change of the engraving considerably.

Bitmapline error was encountered repeatedly when attempting to engrave the file at 500 dpi. Bitmapline error occurs when the engraving file is not spooled to the machine fast enough–the runs out of available lines to engrave, and throws an error rather than waiting for new lines to become available. Changing engraving pass direction to vertical (along the shorter image axis) solved the problem. Rotating the file by 90 degrees would have been another potential solution, as would engraving at 333 dpi and/or standard.